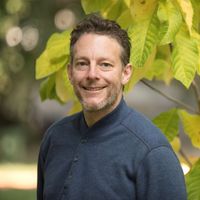 Self publishing offers writers faster results, more independence, and more money than traditional publishers. Self publishing can also leave writers with boxes of unsold books. That's because it takes a lot of marketing to sell most books.

But Steven Biggs says there is another way: self-publish a book that will practically sell itself—by picking the right niche.

Torontonian Steven Biggs has worked with conventional publishers for two books, and self-published 5 books. Two of his self-published books have won awards; one was a best-seller in Canada, selling over 5,000 copies.

But it's one of his smaller, lesser-known books that he considers his most successful: It's a book that sells itself. The book is on its fourth print run, with almost 1,700 books sold in a very niche topic. Buyers from around the world find the book, even though it's not in any bookstores.